Call Us For Free Consultation

An Evaluation Of The Civil Procedure (Amendment) Rules, 2020 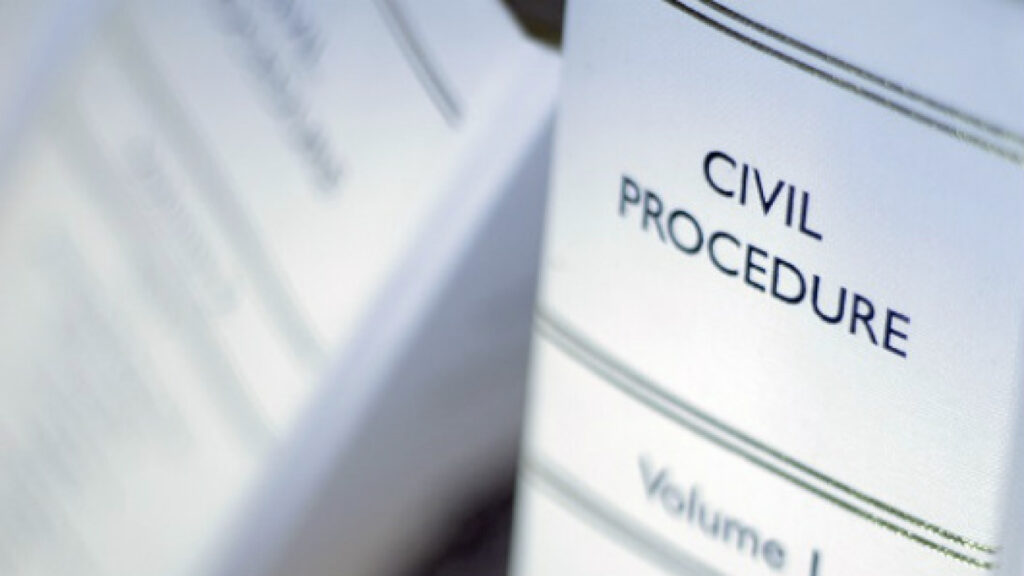 AN EVALUATION OF THE CIVIL PROCEDURE (AMENDMENT) RULES, 2020

The Maraga Rules make a number of significant changes to the Principal Rules, which are listed below.

Section 20 of the Civil Procedure Act requires that upon the institution of a suit, the Defendant should be served in the prescribed manner in order to enter appearance and answer the claim. Order 5 of the Principal Rules deals with service of summons and provides for the procedure of such service.

Due to technological advancements in modes of communication, there was, therefore, need to review the rules on service of court documents to not only ease the pressure on the court’s diary by eliminating applications seeking leave for substituted service in certain instances but also reduce the Plaintiff’s struggle in effecting service after filing a suit.

a. service by way of a registered courier service provider;

b. service by email; and

The Maraga Rules incorporated new alternate forms of service of summons, such as service by internationally licensed and recognized courier service to the defendant’s last known physical address, which can only be done with the court’s authorization.

When the person being served accepts receipt by signing the document or when the courier service provider confirms delivery, service is considered to have been accomplished. Even if the individual being served does not acknowledge receipt, an affidavit of service with the waybill receipt or consignment notification from the courier service provider confirming service shall be ample proof that service was effected.

It is now acceptable to serve summons by email to the defendant’s most recent known and used e-mail address. If the Sender receives a delivery receipt to be annexed to the affidavit of service to be filed, service is considered to have occurred.

Summons may be sent to the defendant’s last identified and used phone number using mobile-enabled messaging apps. Service shall be considered to have been effected when the Sender receives a delivery receipt, which must be annexed to the affidavit of service to be filed in court.

In the case of Omar Shallo v Jubilee Party of Kenya & Another [2017]eKLR Lady Justice Lesiit in her ruling noted that:

“Service by means of WhatsApp was outside the means recognized by the law, and would, therefore, be bad service. WhatsApp is an instant messaging service, which uses the internet. Its use would, therefore, raise questions of proof of delivery, acknowledgment of receipt of service, proof of identity of the intended recipient. Questions of authentication of such service would equally arise.”

The Court, while putting into doubt the practicality of service by WhatsApp, the Court observed, correctly so, as follows:

“The truth of the matter is that personal service remains the best form of service in all areas of litigation. Technology has evolved, as to provide expanded means of communication and courts have had to address some of the questions arising from use of technology in the justice process. There are few instances when the courts have allowed such service. In the High Court at Kisumu, Misc. Application No. 10 of 2013 the court approved service of a hearing notice by text, stating:

One thing however that the court must address its mind to is that the Commission had a limited period of which it had to hear and decide all disputes before. It was stated by the interested party that the applicant was aware of the hearing having been informed by via a short message. This fact was not disputed. The court in the Republic V Vice Chancellor Jomo Kenyatta University of Agriculture and Technology [2008] eKLR has “A public body or a local authority while formulating a decision in circumstances to which the Principals of natural justice apply need not observe the strict procedures of a court of law.”

Currently, the most popularly used mobile enabled Application is WhatsApp. However, the challenge comes in when one needs to confirm that the message was actually received by the Defendant. Indeed, some of these challenges were pointed out by Lesiit J in the Omar Shallo case that WhatsApp being an instant messaging service, its use would therefore, raise questions of proof of delivery, acknowledgement of receipt of service, proof of identity of the intended recipient and the authentication of such service.

In the ordinary use of WhatsApp, a “double-tick” (blue and/or grey) would be considered as conclusive evidence that a message has been delivered. However, it is only when the double-tick turns into a blue-tick that one would conclusively say that the recipient has actually read the contents of the message. This will definitely create confusion as to what should be contained in a delivery receipt to be attached to the Affidavit of service.

While discussing the use of WhatsApp as a means of service of summons, it is important to note that, just like any other technology, it is prone to hacking and manipulation. Some modified versions of WhatsApp allow a person to hide their identity or last use of the application. Given that courts are keen on the presentation of a delivery receipt as proof of service, this will present a challenge since certain versions of WhatsApp help one hide delivery of the message even after it is received and read.

When filing pleadings, a party to a lawsuit or his counsel is expected to provide the Court with additional contact information, such as their mailing address, telephone number, email address, and physical address. Any changes to the above-mentioned contact information should be reported to the Court.

Service of summons outside the jurisdiction

The Maraga Rules abolish the disparities in summons service procedures between Commonwealth and non-Commonwealth countries outside of Kenya. Where the person to be served is not a Kenyan, the new protocol is to serve a copy of the originating proceedings, summons, order, or notice instead of the original records, along with a written note that the original proceedings, summons, order, or notice has been served.

A suit stands dismissed after two years where no step has been taken.

Filing and service of letter as to costs (Maraga Rules have introduced Rules 9A, 9B, 9C and 9D to Order 21)

A party seeking costs in a Magistrates Court must submit a written request, statement of costs, and supporting documentation to the Court, along with a breakdown of the costs pursued, and serve it on the other parties. Within seven days of service, the Respondent may file a response with the Court.

Where a party files an application for leave for orders of judicial review, the party shall now be obliged to file affidavits verifying the facts and averment that there is no other cause pending. These affidavits must also verify that there have been no previous proceedings in any court between the applicant and the respondent over the same subject matter and that the cause of action relates to the applicants named in the application.

The amendment is aimed at ensuring that the Court has jurisdiction to issue the orders sought and that such jurisdiction is not curtailed by Principals of sub-judice and res-judicata.

Sub Rule 3 has been further amended to allow a Judge to impose such terms as to costs and as to giving security as he thinks fit including cash deposits, bank guarantee or insurance bond from a reputable institution, where leave denotes stay. This differs from the previous provision where the same discretion was to be applied in the general granting of leave.

The Principal Rules defined small claims as a simple claim involving not more than two parties and whose monetary value does not exceed Kenya Shillings Forty Nine Thousand Nine Hundred and Ninety Nine (Kshs 49,999.00). The Amendment Rules have further amended this definition in Order 3 Rule 1 by acknowledging that a small claim could involve more than two parties. Additionally, the monetary value of such claims has been raised to Kenya Shillings Two Hundred Thousand (Kshs. 200,000.00).

As previously stated, the Maraga Rules are designed to ensure that access to justice is efficient, effective, expeditious, and cost-effective. Reforms aim to put civil procedure in line with technological advances by encouraging people to use services like electronic mail, international postal services, and mobile-enabled messaging applications to serve summons. Finally, it is necessary to note that in order for litigants to completely benefit from these amendments, enhanced internet access across the country and increased technological investment would be needed, ensuring that these noble amendments do not perish due to a lack of a favorable environment.

Invigorating the Right of Access to Justice: Sweeping Away the Anachronistic Requirement of the 30-Days’ Notice of Intention to Sue the Government

An Evaluation Of The Civil Procedure (Amendment) Rules, 2020 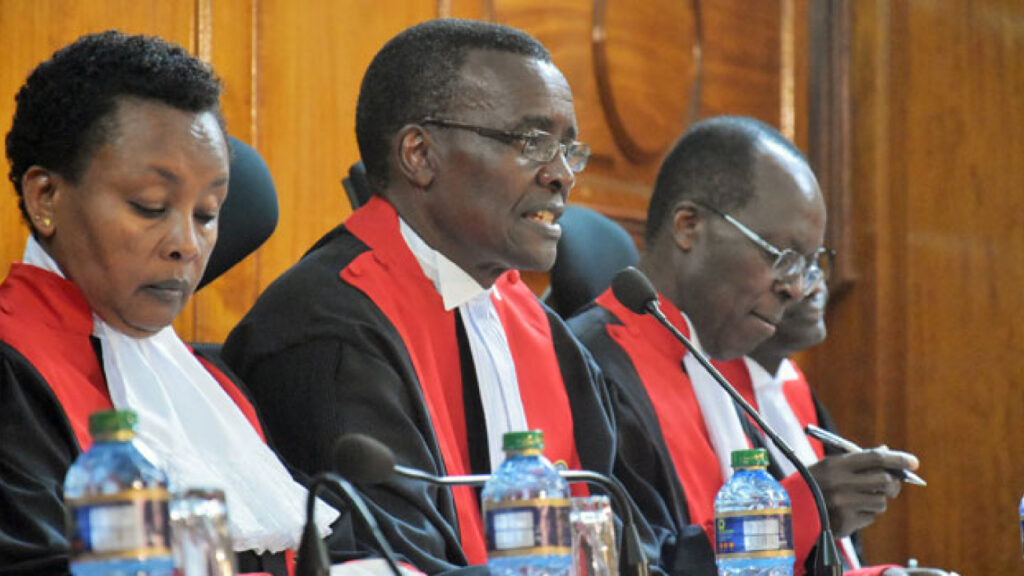 Analysis of SCORK Petition No. 3 of 2018 Mitu-Bell Welfare v The Kenya Airports Authority & 2 Others

The Quick and Sinking Sand as the Foundation of a Suit: The Jurisdiction of Tribunals 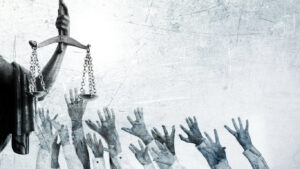 Invigorating the Right of Access to Justice: Sweeping Away the Anachronistic Requirement of the 30-Days’ Notice of Intention to Sue the Government

Invigorating the Right of Access to Justice: Sweeping Away the Anachronistic Requirement of the 30-Days’ Notice of Intention to Sue the Government by Masafu Erick 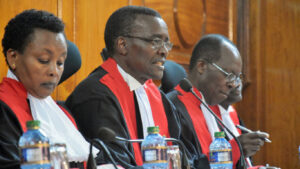 Analysis of SCORK Petition No. 3 of 2018 Mitu-Bell Welfare v The Kenya Airports Authority & 2 Others

The Quick and Sinking Sand as the Foundation of a Suit: The Jurisdiction of Tribunals

KM 12.02.2021 -The Quick and Sinking Sand as the Foundation of a Suit: The Jurisdiction of Tribunals by Calystus Kisaka Interim or Partial Judgment Jurisdiction

Get the latest Legal Opinion

Wekesa and Simiyu Advocates has a wealth of experience in the legal sector having began our services in the year 1993. Since then, we have grown in capacity, knowledge and the necessary skills.